Parity forecast for EUR/USD in 2016

1. The expectation of gradually rising interest rates in the US

In our recent G10 report (available for download below) we note that:

‘Given the strength of the US economy, and in particular its labour market[…], we continue to expect the Fed to hike rates at a pace of roughly once a quarter. This should keep the US Dollar well supported against all of its G10 peers.’

Hiking US interest rates once per quarter is a faster pace than the market is currently pricing in, but can be reasonably deduced from a median calculation of the December FOMC ‘dot plot’ chart, below. 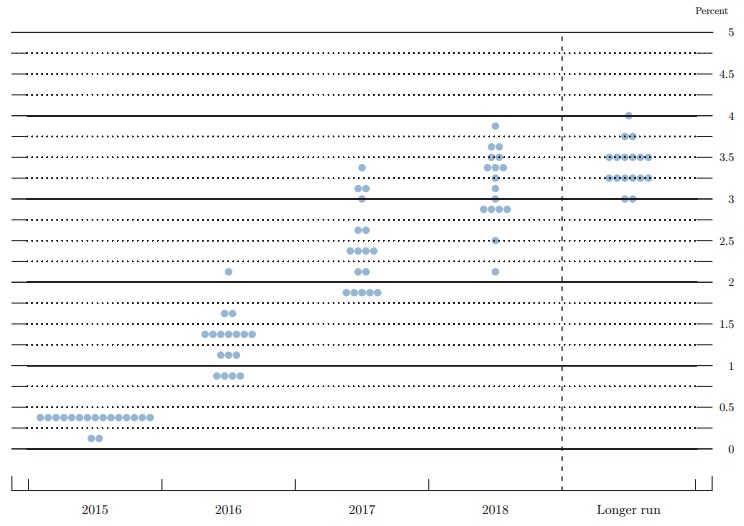 2. The real possibility that ECB easing measures are extended in the coming months

It bears noting that the ECB, unlike the Federal Reserve, has a mandate that focuses exclusively on inflation. The continued deflationary pressures in the Eurozone, exacerbated by a lack of wage pressure and the collapse in commodity prices, is very worrisome news for President Draghi.

If Eurozone inflation fails to show a significant uptrend, we ‘expect the aggressive monetary easing from the Governing Council to drive the Euro lower against the US Dollar, towards parity at some point in the second quarter of 2016.’ 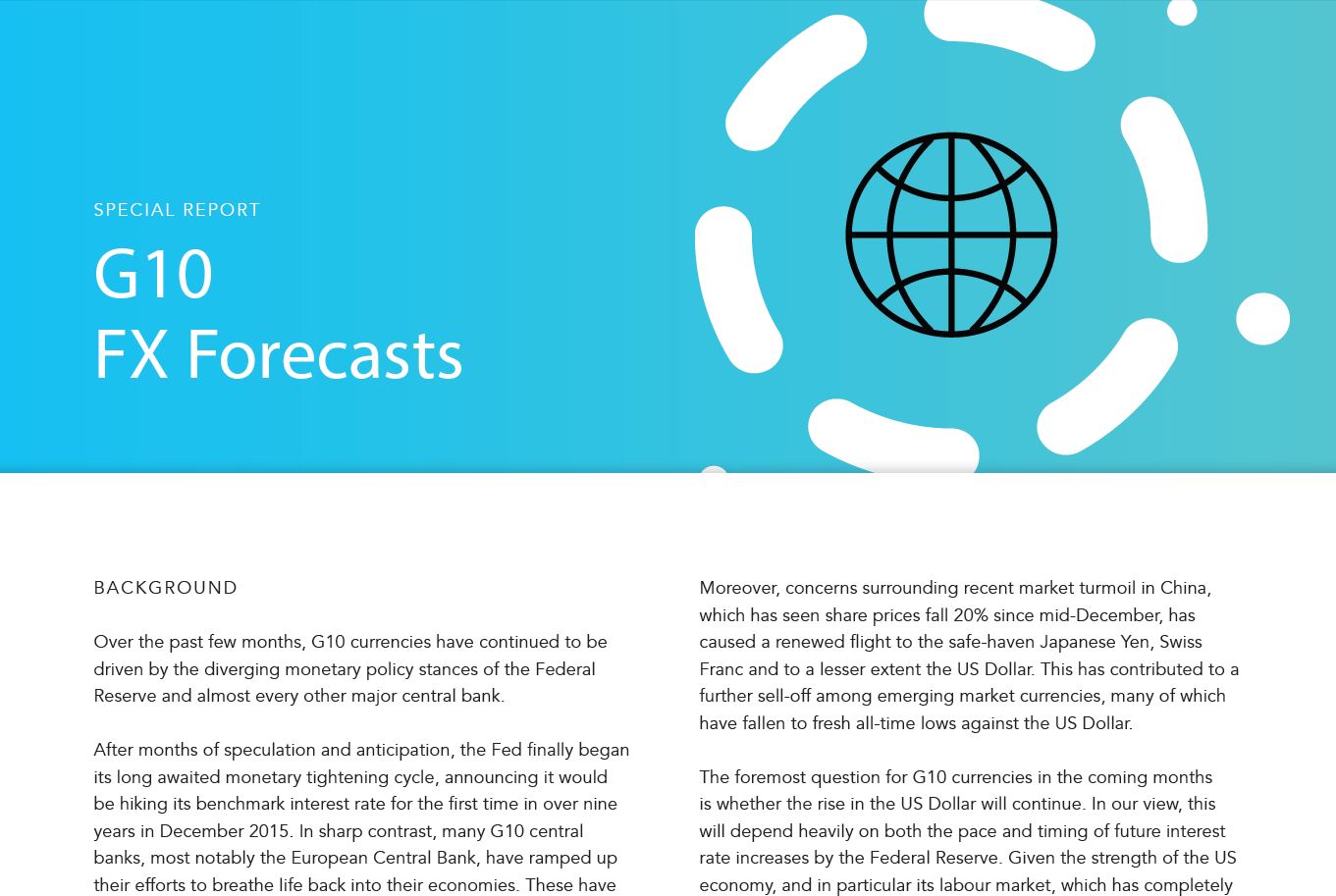 Marketing Executive at Ebury. English Literature graduate from the University of York and a motivated professional.